Can I Grow Marijuana Plants In Humboldt County?

With the use of both recreational and medical marijuana becoming legal, and the ability to cultivate your own marijuana in California , more and more people are beginning to plant marijuana seeds outdoors in Humboldt county, and are looking for hints and tips to help them produce the best harvests and highest quality buds possible. If you are thinking about growing your own marijuana, we recommended staying within the legal guidelines. If you are wondering how many marijuana plants you can plant in Humboldt county, it’s six per adult, over the age of twenty-one.

Marijuana and Cannabis seeds are very easy to grow and may be planted either outdoors during the correct seasons, or, alternatively indoors within a purpose built area. Certain strains however, grow better when planted outdoors, depending upon the strain’s genetics and characteristics. Many people growing marijuana plants outdoors in Humboldt county buy Sativa dominant strains which enjoy the gentle, natural reduction in sunlight hours and require more time to bud and completely mature than seeds containing Indica dominant genes.

A lot of successful growers sow their permitted six marijuana seeds outdoors in Humboldt county during the early part of the Spring, allowing the plants a long and full vegetative period. As the hours of natural daylight increasing through June, the plants have plenty of time to become taller, creating a strong branching structure that can support the developing buds. Many Sativa dominant plants can reach up to 2 meters tall, taking-on an almost tree-like shape, which begins to flower as the sunlight hours start to decrease, reaching peak ripeness during the middle to late September, and even early October for some strains.

Marijuana plants planted outdoors can produce extremely good yields, generating long running cola’s and an abundance of dense, nugget sized buds. It is impossible to assess the average harvests from plants grown outdoors as there are a wide number of differences from state to state, North to South, but individual plant harvests will usually create substantially greater yields than quicker grown, indoor plants. With a wide selection of some of the best feminized strains available, you can buy marijuana seeds in California here. Most seed producers display the quantity their seeds are potentially capable of producing, but it needs to be understood these amounts are for indoor growers using ‘Super-Cropping’ techniques, and not much larger outdoor grown marijuana plants.

You can grow six marijuana plants in Humboldt county without any further licencing at any one-time. Planting autoflowering marijuana seeds has become very popular over the last few years, with several top quality strains available. Highly recommended for their speed and ease of growth, they are capable of producing potent harvests within ten weeks from germination, regardless of the number of hours of darkness the plants receive. Ruderalis, a wild form of hemp, provides the ‘auto-flowering’ genetics, and while it’s crude, natural form isn’t any good alone, combined with high quality traditional strains, produces feminized seeds with the best attributes of both sets of parents, able to generate high quality buds automatically, regardless of the number of light or darkness hours the plants receive.

Planted outdoors in Humboldt county in the Spring, autoflowering seeds require just ten weeks from germination to achieve complete maturity. The growing and flowering stages combine to simultaneously develop the plant and it’s buds, producing marijuana with similar traits and characteristics as traditional strains. Potency levels are good, with different strains creating a variety of tastes, smells and ‘high’s’, and although yields are smaller, their ability to grow and mature quickly, allows several crop to be grown per year. Traditional marijuana seeds have two distinct phases, growing and flowering. As autoflowering seeds combine these two stages the plants develop a different set of characteristics. In general the lack of true vegetative development produces a plant with a large single cola and several lower side branches with smaller buds. Super-cropping methods aren’t recommended, however, they are perfect for growing close together, such as the Sea-of-Green growing technique.

Once established, autoflowering seeds can grow quickly, developing roots, branches and buds simultaneously. Often growers speed-up the time from outdoor planting to harvest by germinating the seeds indoors. This allows the plant’s time to develop for the first couple of weeks, before being placed or planted directly into the ground outside. On average, autoflowering seeds will require a further 7 – 9 weeks to grow, flower and completely mature ready for harvest. The plants remain squat, often reaching only a meter tall, making them very easy to conceal and camouflage. With few side branches and a large central cola, harvesting and manicuring is quick and simple with the plants having a high bud to leaf ratio. Yield’s vary between strains, as well as different environments producing differing amounts, but the general rule is the more direct, strong sunlight the plants receive, the bigger the overall, total yield.

For many outdoor marijuana growers in Humboldt county, one of the major disadvantages growing traditional marijuana seeds in  is the length of time it takes from planting to harvest, due to their need for at least twelve hours of regular darkness per night to flower. This means the plants will all grow during the Summer months, flowering into the Fall, producing their harvest’s at approximately the same time. Alternatively, outdoor autoflowering seeds will flower and completely mature in approximately eight weeks, allowing the grower to plant seedlings from April through to the end of July minimum, producing regular harvests over the later part of the Summer and early Fall.

How Many Plants Can I Grow In Humboldt Country – NORML.

Fifty-six percent of California voters approved Proposition 64, The Adult Use Marijuana Act, which permits adults who are not participating in the state’s medical cannabis program to legally grow (up to six plants, including all of the harvest from those plants) and to possess personal use quantities of cannabis (up to one ounce of flower and/or up to eight grams of concentrates) while also licensing commercial cannabis production and retail sales. (Medical cannabis patients are not subject to these limits.) The measure prohibits localities from taking actions to infringe upon adults’ ability to possess and cultivate cannabis for non-commercial purposes. The initiative does not “repeal, affect, restrict, or preempt … laws pertaining to the Compassionate Use Act of 1996.” Several other marijuana-related activities not legalized by the measure are reduced from felonies to misdemeanors. The law also provides for re-sentencing consideration for those found guilty of prior marijuana convictions.

The revised marijuana penalties took effect on November 9, 2016. Retail sales of marijuana by state-licensed establishments are scheduled to begin under the law on January 1, 2018. On site consumption is permitted under the law in establishments licensed for such activity. Large-scale corporate players are restricted from becoming involved until 2023. 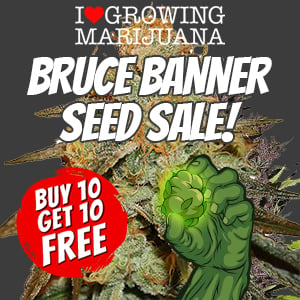 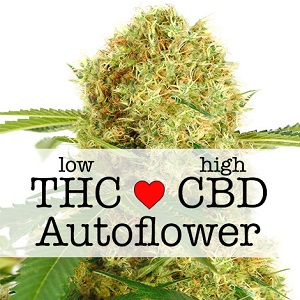